Meet the Cast of

Menopause the Musical 2 Cruising Through Menopause 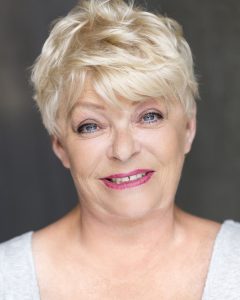 Crissy Rock is without doubt one of the UK’s true undiscovered genius talents. Crissy has a unique ability to reduce her audiences to tears of laughter with her hilarious one woman stand-up shows and to tears of emotion with her film roles (including her extraordinary award-winning performance in director Ken Loach’s masterpiece Ladybird Ladybird) and more recently her role as ‘Janey York‘ in Benidorm from series 1 to 4.

With her exploits on ITV’s I’m a Celebrity Get Me Out of Here in 2012, Crissy certainly made a name for herself and gained the national recognition she deserves. The release of her best-selling autobiography The Heart Within Me Burns became something of a sensation in 2011, sitting in the top ten of the Sunday Times Bestseller List for 7 months.

A run of TV appearances (including 3 show-stopping features on This Morning) fuelled a surge of interest in Crissy and her incredible life to date. A hiatus in her acting career came when she decided to relocate to Spain specifically to film the Tiger Aspect/ITV comedy Benidorm alongside Johnny Vegas, Tim Healey, Steve Pemberton and Sheila Reid. Crissy’s role as ‘Janey York‘ ran for four hit series and upon leaving the show in 2011, Crissy decided to stay in Benidorm after establishing herself as the Island’s top female stand-up comedienne, playing 10 shows a week to packed houses.

Most recent appearances include the role of the ‘Wicked Queen‘ in Snow White at Liverpool’s Epstein Theatre as well as a lead role in new comedy show, Dirty Dusting, at Bedworth Civic Hall. She has also appeared on chat and game shows Come Dine With Me, Loose Women, The Chase, a seventh series of Benidorm as the ‘Solona Manager‘ and is now a regular panellist on Big Brother’s Bit on the Side.

In February 2019 Crissy was announced to be taking part in ITV1’s The Full Monty Who Bares Wins. The show aired in May 2019 with a large response of support from people across the UK.

In July 2019 Crissy was announced to join ’s hit show Celebs On The Farm. Season 2 aired in September 2019 with Crissy coming fifth place in the series. Crissy then joined the cast at Liverpool’s Epstein Theatre in Cinderella.

In 2020 Crissy announced her new adventure in BBC’s Celebrity MasterChef. 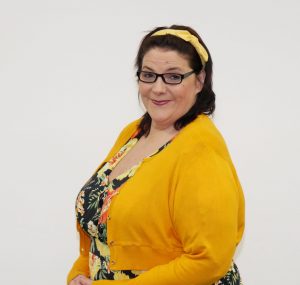 Rebecca is best known as the receptionist ‘Amy Howard’ on Casualty. Other television roles include Doctors, Holby City, Wycliff, Daziel and Pascoe, Pie in the Sky and the comedy series Time Gentlemen Please with Al Murray.

As well as appearing on many TV programmes, such as Loose Women, This Morning, The Wright Stuff, Call My Bluff and Ready Steady Cook, Rebecca has recorded two top ten singles, Everlasting Love and Stay With Me Baby and the album, Where Time Stands Still for BBC Worldwide. She has enjoyed singing live in venues such as The Opera House, Belfast and The Royal Albert Hall as well as many TV programs including Top of the Pops and the National Lottery Show.

Rebecca has starred in West End musicals Fame and Bad Girls The Musical, performed with Julia Mackenzie and Liz Robertson as the ‘Gimmick Girls’ in Gypsy, and played ‘Nurse Nicey’ with Paul O Grady in Snow White at the Victoria Palace. She has also played the ‘Good Fairy’ in Sleeping Beauty at The Malvern Theatres, ‘Fairy’ in Jack and the Beanstalk in Mansfield and most recently ‘Mrs. Darling’ & ‘Mermaid’ in Peter Pan at the Theatre Royal in Bath.

As an actress she completed two number one tours of the comedy of the original Mums The Word and another two tours of the musical Girl’s Night. Rebecca also gave the nation a rare opportunity to enjoy her underwear in the sell-out national tour of the play Big Pants and Botox which ended with a short run at The Arts Theatre in the West End. In complete contrast she then took up her axe as the iconic character ‘Annie Wilkes’ in Stephen Kings’ Misery. She went on to tour in the Nell Dunn comedy Steaming as ‘Dawn’ and ‘Rachel Wardle’ and the eccentric ‘Leah Hunter’ as part of a National tour of Pickwick Papers. She recently toured nationally in the play Trespass, a ghost story, playing the exuberant medium ‘Mrs Amos’ and ‘Bertha’ in Boeing! Boeing!

She was honoured to perform in Fiddler On The Roof with Bryn Terfel playing ‘Yente’, the colourful if not overbearing ‘Matchmaker’ at Grange Park Opera and again at BBC Prom 11 for BBC Radio 3 at The Albert Hall and broadcast live.

Rebecca is delighted to be touring in 2021 with Menopause The Musical 2 Cruising Through Menopause after four sell-out tours with the original tour. 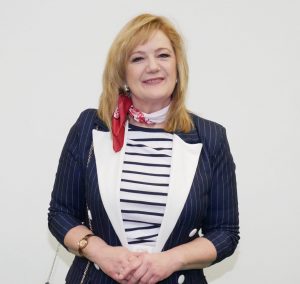 Nicki is probably best-known for her dance track Total Eclipse of the Heart, topping charts around the world in 1995.  In 2000 she was the UK’s representative at the Eurovision Song Contest in Sweden with Don’t Play that Song Again.  Nicki didn’t win the contest itself, but her chance to be a Eurovision winner came a few years later, when she won the celebrity edition of BBC’s The Weakest Link – Eurovision Special, raising an amazing £13,000 for Cancer Research.  She is frequently invited onto TV and radio programmes for her ‘eloquent and expert analysis’ in the leadup to Eurovision each year and co-hosts the huge annual London Eurovision Party with Paddy O’Connell.  She still works regularly either solo or with her live band around the world, particularly in her ‘second home’ of Brazil, and since 2015, has released two successful albums worldwide – Glitter to the Neon Lights and A Very Nicki Christmas, both of which have led to many number one slots in the iTunes charts thanks to the singles that have subsequently emanated from them.

Nicki has appeared on TV in many countries around the world, presenting, singing live, or being interviewed.  In the past 10 years she has also been in demand for her acting, as well as her singing skills, and has managed to combine the two with some wonderful theatre roles, playing eight different parts in the UK tour of Annie; three of the four characters in Menopause the Musical (UK & Ireland tours); ‘Power Woman’ in the 2020 national tour of Menopause the Musical 2 Cruising Through Menopause; ‘Ethel Merman’ in Gee, But It’s Good to be Here – An Audience With Ethel Merman (Trent House, Newcastle); ‘Helga ten Dorp’ in Deathtrap (Brookside Theatre, Romford); ‘Sarah’ in Dirty Dating.com (UK tour).

Nicki is also now popular at panto season, and has played ‘Fairy Godmother’, ‘Good Queen’, ‘Dandini’ and, more recently, turned her hand to playing the ‘baddie’ roles, which she loves.  She won fantastic reviews for her performance as the ‘Ice Queen’ in Santa Claus the Musical at the New Theatre Royal, Portsmouth, for the 2016 season, and had her first experience of ‘flying’ onstage in 2017 at the Queen’s Theatre, Barnstaple, where she played ‘Witch Vin Rouge’ in their stunning production of Beauty and the Beast.  In 2018 she had a ball as the ‘Wicked Witch of the West’ in Carlisle’s panto of The Wizard of Oz, and last Christmas played the character of ‘Malevolent’ in Beauty and the Beast in Fareham.