The 2019 Robert C Kelly and University Concert Hall, Limerick, Panto has been announced as Aladdin, featuring a host of your panto favourites, with some exciting new cast members soon to be announced!

Featuring some of the funniest, wackiest characters in pantoland –Abanazer, Widow Twankey, Wishey Washey, the Genie to name but a few – Aladdin at UCH promises to transport you to a whole new world this Christmas!

Journey with the lovable laundry boy as he moves from being at Abanazer’s beck, and call to becoming master of the lamp… All the while trying to win the hand of the beautiful Jasmine. Throw in an animated, wish granting Genie, a carpet that just can’t keep its tassels on the ground, as well as the always hilarious Wishey Washey and Aladdin has all the ingredients to be the most fun your family has this Christmas!

The UCH Panto is now the hottest ticket in town with all shows selling out in advance, so to grab the best seats, for the day that suits you, book now! 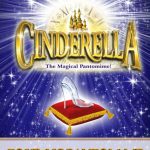 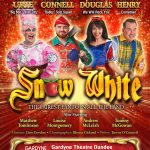